Martin Giesswein is a Digital Academic, his mission is to increase digital literacy in Austria. He is co-founder of Talent Garden engaged in fostering innovations campuses in Vienna and co-initator of DigitalCity.Wien, an association to promote Vienna as digital hotspot in Europe. He connects corporates and startups since 2015, especially with the Innovation2Company.Wien program hosted by the Vienna Chamber of Commerce. In 2014 he managed the exit of the owners of immobilien.NET as CEO to Scout24 group. Before that he served in corporate roles in Germany, Austria and the CEE region, e.g. as General Manager in Nokia. As university guest lecturer and leadership trainer he coaches students and managers in digital economics and is external project member to a series of corporate digital transformation projects. Martin holds as degree in law.

Martin Hammerschmid was born in 1967 and studied business administration at the Vienna University of Economics. He began his career in the banking sector at Raiffeisen Bausparkasse and has more than 10 years of management consulting experience from his time at KPMG Consulting/BearingPoint and Horwath&Partners. Martin has lead numerous projects - mainly in the financial and telecommunications industry - in the field of M&A, strategy, customer management and payments. At Unisys, he was responsible for the financial industry in the Central and Eastern European Region. At First Data he was leading the business development activities in 21 CEE countries as member of the regional board. During the last four years Martin was Country Manager of EMC in Austria and focused on cloud computing, big data and security topics. EMC has about 140 employees in Austria and is the market leader in storage.

Since August 2015 Michaela Novak-Chaid is serving as Managing Director of HP Austria GmbH, following the separation of Hewlett Packard Enterprise and HP Inc., two independent stock-exchange quoted companies. She is responsible for the entire business portfolio of PCs, workstations, monitors, printers and printing solutions and 3D printing in Austria. After career stops at FACC Fischer Advanced Composite Components and ABN Amro Bank, she took on the role of Hewlett-Packard's Credit & Risk Manager in Financial Services for Central Europe, the Middle East and Africa in 1998. After the merger between Compaq and Hewlett-Packard in 2002 she managed the Credit and Collection organisation in Central Europe, the Middle East and Africa until 2006. In 2007 she took over the position as Director of Finance for HP Austria, joined the HP Austria management board and moved to managing the business of Imaging & Printing of HP Austria in 2010 which was merged with the Personal Systems Division in 2012. 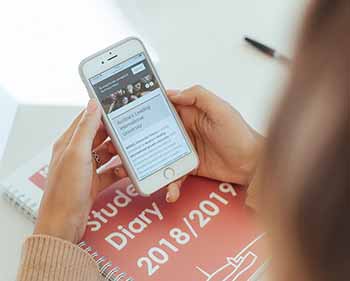