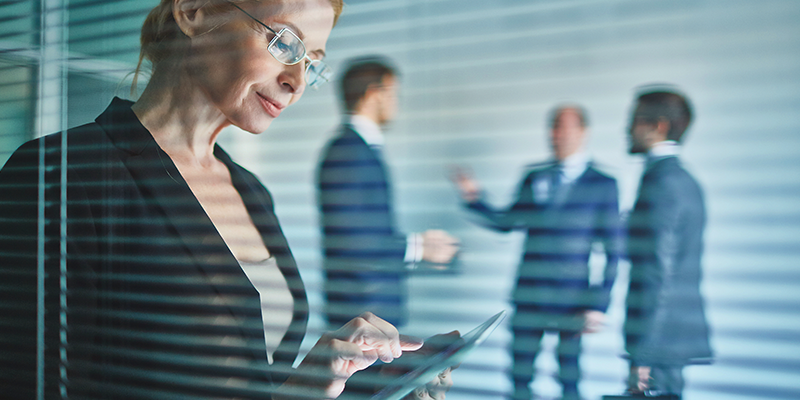 The #EachForEqual campaign at the center of this year´s International Women´s Day seeks to illustrate that "an equal world is an enabled world" and that gender inequality is not simply an issue of gender but also one of economy. Against the backdrop of the gender pay gap and countless unpaid work hours, gender equality is not essential for women only - it is essential for the prosperity of economies and communities in general.

In light of the debate over gender bias at a managerial and the c-suite level, MU bachelor student Keisi Koni focuses her thesis on social perspectives of women executives at work. Through a survey of 84 women executives in Austria, Keisi investigates various social phenomena (such as the imposter syndrome, the double-bind paradox, and unconscious bias) relevant for working women in high manager positions.

The study provides clear proof of the presence of the glass ceiling in Austrian publicly listed companies which prevent women from advancing in their careers. The double-bind paradox and the unconscious bias appear to be the two most influential social phenomena that produce barriers for women in their workplace. Imposter syndrome has been found to have a significant effect on women in their professional careers, though not as significant as the other two phenomena.

The study identified a number of relations between the selected demographic factors and the phenomena investigated. Female employees that were married with children, for example, tended to be more affected by the existence of the glass ceiling. Women without children, according to the MU bachelor researcher, seem to be more emancipated than their colleagues with kids. These were the women who noticed and were more aware of the researched social phenomena compared to the rest of the study participants. In regards to the adverse effects of the imposter syndrome, such as low self-esteem and lack of confidence, unmarried women seem to cope better than married ones. Not surprisingly, imposter feelings decrease as women progress in their careers.

Research such as Keisi´s is invaluable both for young women who are considering a career in the management ladder of large companies and policy makers in charge of correcting the gender imbalance and pushing towards a more gender-balanced society.

In its 2020 report, the World Economic Forum expects that it could take up to 100 years to achieve true global gender equality. Marking International Women´s Day by keeping the debate alive and issue of gender inequality front and center is a step in the right direction.