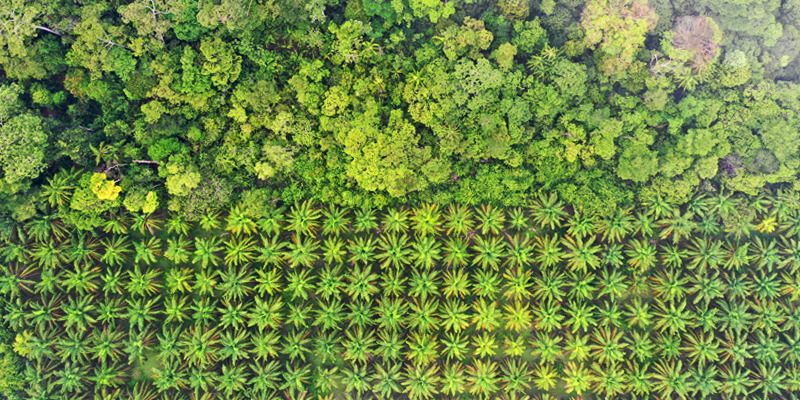 New research from Dr. Ulrich Gunter in the Department of Tourism and Service Management at Modul University Vienna suggests that increasing the amount of forest area owned by indigenous peoples in Latin America could promote land-sparing.

Land-sparing is the agricultural process by which land is farmed intensively to maximise yields while other areas are left entirely alone and protected as a nature reserve.

The research, which was a joint project with the University of Bern and University of Foggia, specifically points out that land tenure agreements which recognize the rights of indigenous people and local communities, tend to strengthen land-sparing in the presence of increasing agricultural productivity.

"Recognizing the customary rights of indigenous peoples and local communities can be particularly effective at slowing down deforestation" says Dr. Ulrich Gunter of Modul University Vienna, "we wanted to assess whether: a) there is a difference between short-run and long-run effects of improvements in agricultural productivity and b) different land tenure systems are capable of directing the process of agricultural intensification towards land-sparing."

In order to do this the research team considered ten Latin American countries over the period 1990 to 2010 and used dynamic panel data models to generate the results.

The results allowed a number of stylised conclusions to be drawn. In general, it was observed that higher agricultural productivity per-se is land-sparing, albeit the long-run effects appear smaller than the short-run effects. Most importantly, the overall effect of increased productivity crucially depends on the institutional context. In this respect, increasing the forest area owned or managed by indigenous peoples promotes land-sparing, while increasing the forest area administered by governments and/or owned by private individuals and companies promotes Jevons paradox.

“In the long-run, the agricultural expansion effects are stronger for the forest areas owned by private individuals and companies than for those administered by the government” says Dr. Ulrich Gunter. “We also note that the formal recognition of land ownership to indigenous peoples and local communities manifests its beneficial effects in the long-run.”