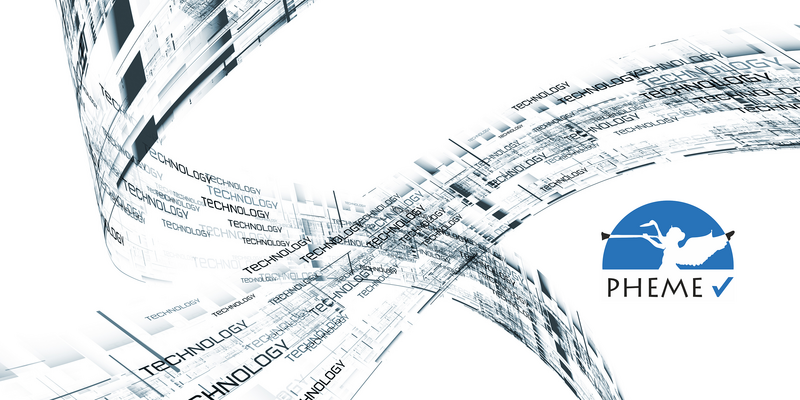 Assessing the truthfulness of information that goes viral on social media is the aim of a recently launched EU research project to be carried out by MODUL University Vienna. The project, which involves the ambitious integration of several scientific disciplines, succeeded in a selective, international call for research proposals. With partners from seven different countries, the project will combine big data analytics with advanced linguistic and visual methods. The results will be suitable for direct application in medical information systems and digital journalism.

Barack Obama was not born in the USA! Or was he? Social networks are rife with lies and deception, half-truths and facts. But irrespective of whether something is fact or fake, the rapid spread of such information can have immediate and far-reaching consequences. In such cases, large amounts of user-generated content need to be analyzed quickly, yet it is not currently possible to carry out such complex analyses in real time. This is precisely the problem addressed by the EU project “Pheme” of MODUL University Vienna. With three partners from England and others from Germany, Switzerland, Bulgaria, Spain and Kenya, the project confirms the private university’s research expertise and international reputation.

Commenting on the relevance of the project, which builds on MODUL University Vienna’s comprehensive expertise in the analysis of digital information, the Head of the Department of New Media, Prof Arno Scharl, says: "Traditional media – both digital and analog – are currently losing their information superiority. Social media users are increasingly taking over and spreading information at incredible speeds. In this way, an ant quickly becomes an elephant or a sneeze inflates into the threat of a global pandemic". Such topics, which spread virally in networks and are known as memes, pose an increasing challenge for governments and companies. There is often no time to lose in dealing with them – time that the Pheme project aims to provide in future.

The challenges facing Prof Scharl and his team are far-reaching. Thanks to its webLyzard Web intelligence platform and extensive preparatory work, MODUL University Vienna is in an ideal position to address these challenges. Prof Scharl explains: "The enormous volumes, variety and velocity of the information – the three ‘Vs’ – create huge obstacles for the computer-based analysis of information in social media. But we have a handle on these issues, conceptually at least. In the new project, we will tackle the fourth ‘V’: the veracity of the information".

The team is concentrating on the identification of four types of dubious truths or rumors: speculation, controversy, misinformation and disinformation. However, it is particularly difficult to assess whether a piece of information falls into one of these categories in the context of social media. The quality of the information here is highly dependent on its social context and, up to now, it has not been possible to identify and interpret this context automatically. The international team working with Prof Scharl will follow a multidisciplinary approach to solve this problem.

Experts in language technologies, web science and social network analysis are therefore collaborating with scientists from the field of information visualization. Together, they use three factors to analyse veracity: first, the information inherent in a document itself – that is lexical, semantic and syntactic information. This is then cross-referenced with data sources that are assessed as particularly trustworthy, for example in the case of medical information, PubMed, the biggest online database in the world for original medical publications. Finally, the diffusion of a piece of information is analyzed – who receives what information and how, and when is it transmitted to whom?

The results of the project, which will run for a period of three years, will be tested in two concrete case studies. "Rumor intelligence", that is the ability to identify rumors in good time like the outbreak and spread of a highly contagious disease (e.g. swine flu) will be tested, inter alia, in the area of medical information systems. For digital journalism, results will be tested with the online swissinfo.ch (the international service of the Swiss Broadcasting Corporation (SBC)) and Ushahidi's SwiftRiver media filtering and verification platform. The new technology will enable the veracity of user-generated content to be verified – an activity that is largely carried out manually to date, requiring significant resources. Other news organisations who have expressed support the project are the BBC, the Guardian, and the German regional broadcasting corporation Südwestrundfunk.

The project’s extensive networking component with seven participating countries and multiple scientific disciplines impressed the EU evaluators who recommended it for funding. This confirms, once again, the international reputation and expertise of MODUL University Vienna in the field of digital data analysis. Previous related projects carried out by the private university received awards, for example, as category and jury winners of the Austrian National Award for Multimedia and e-Business. Important technological foundations for Pheme were established within the DIVINE project, funded by the Austrian Research Promotion Agency (FFG) and the Federal Ministry for Transport, Innovation and Technology (BMVIT). The project, which built a platform for the dynamic integration and visualization of information spaces, was successfully completed in December 2013.

The EU-STREP Project (No. 611233) concerns the automatic assessment of the veracity of information that spreads virally in social media. The project partners are the University of Sheffield, Kings College London and University of Warwick in England; Saarland University in Germany; swissinfo.ch in Switzerland; Ontotext in Bulgaria; ATOS Spain SAU in Spain; Ushahidi in Kenya; and MODUL University Vienna in Austria.