U-Multirank: MU's research expertise recognized as one of the top 25 universities worldwide 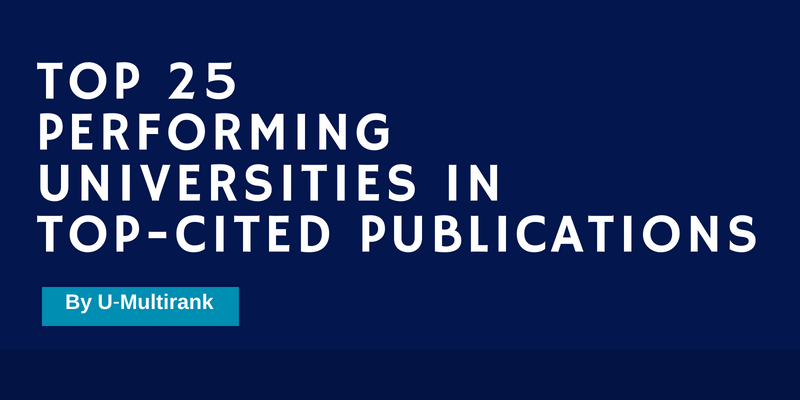 Harvard, Stanford, Princeton, Oxford, Yale, Modul University Vienna – just a few of the world’s 25 top performing universities in top-cited publications. According to U-Multirank, a multidimensional, user-driven approach to international ranking of higher education institutions, Modul University Vienna is the only Austrian university to place in the top 25 worldwide and one of just 9 in Europe.

U-Multirank was initiated by the European Commission with the aim of creating an internationally comparable ranking of universities and has been publishing results since 2014. More than 1,600 higher education institutions in 95 countries with over 5,000 faculties are currently registered.

This international ranking is a ‘’measure of international research excellence, showing universities with well over 10 per cent of their publications in the top decile of frequently cited articles worldwide’’. Out of the nine criteria points examined by U-Mulitrank, ‘’top-cited publications’’ can be considered the most prestigious and relevant category for academia.

This recognition highlights the remarkable achievements of our faculty and the outstanding quality of their research. Being cited shows that other scholars are taking interest in your work, which fosters more research and intellectual exchange. Frequent citations indicate that these publications play an important and influential role in academic discourse.

‘’It is a great motivator for all members of our university, in particular the faculty who are now recognized as outstanding researchers. In this moment of success, we must also be grateful to our founders, the Vienna Chamber of Commerce and Industry, who has provided immense support to our university which was crucial for the success we celebrate today."