How can Vienna generate a larger number of science and technology-based start-up companies? 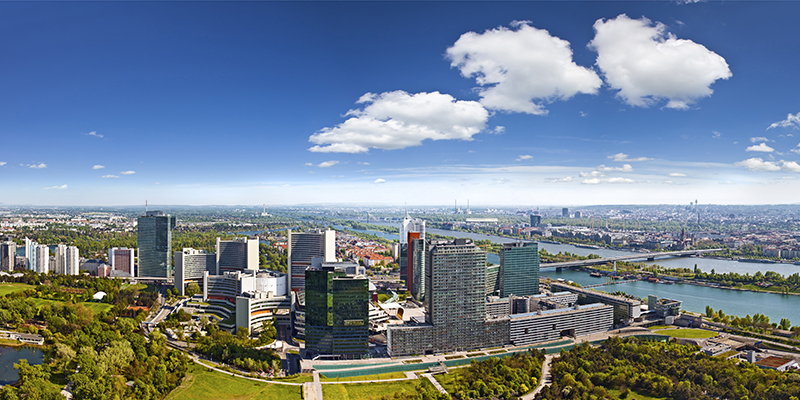 Is there a lack of venture capital? Are more incentives for entrepreneurs needed? More support for technological innovation? Improved risk management? Greater coordination and syndication among investors? There are many possible suggestions for how Vienna can become a 'hot spot' for science and technology-based start-up companies, but there is no consensus. Prof. Harvey Goldstein and researchers from the Department of Public Governance and Sustainable Development are launching a study of the equity investment scene in Vienna, and will also examine what it is that economically dynamic regions of Europe and the US do differently in terms of private and public investment in technology start-ups, and what lessons Vienna can learn from their approaches.

Austria still suffers from a lack of capital – specifically for investments in innovative start-ups. Whereas the investment scene in other economies has steadily recovered since the crisis of 2008, developments have been much more restrained in Austria. So it is no surprise that the difficulty of finding investors was cited by entrepreneurs as one of the main obstacles to scientists spinning off companies from universities in Vienna in an analysis conducted by MODUL University on that subject in 2013.

Although a survey recently conducted by the Vienna Business Agency revealed that the amount of risk capital invested in Viennese start-ups is not as low as initially assumed, there is a need to shed light on the strategies of investors as well as of those companies which seek for investments. Reason enough for the MU researchers to want to take a broader look at the investment scene in Vienna today – to address if there is a shortage of investment to support technology-based start-ups, or perhaps if it is a coordination problem among the numerous players.

A key concern of the study is to identify all private and public sector sources that have invested in any way in tech-based start-ups in Vienna. With a focus on private equity, the years 2003 through 2013 were selected as the study period. For public sector investors, the study will examine the amount of money invested on a year-by-year basis and the number of firms in which the investments were made. The formal conditions a start-up had to meet in order to attract public sector investment will also be also identified.

Furthermore, the analysis considers which stage of start-up development individual investors are best suited to – this aspect is being examined for public and private sector investors alike. This part of the study is particularly relevant, as the lead investigator, Prof. Goldstein, explains: "Young and innovative companies need different types of investment at different stages of their business development. Both the sources they need, recourse to and the scope of the investments they require, vary. If there is a shortage of the investment sources that start-ups are going to need at a later point in their lifecycle, it may not make sense for early-stage investors to get involved in the first place. As such, poorly coordinated private equity investments can cause a rapid waning of investment readiness."

Investments, however, also vary from industry to industry. While some IT start-ups may find success on the back of just a few hundred thousand euros, most biotech start-ups won't reach that point before they've had tens of millions poured into them. The MU study is now working on a detailed analysis for Vienna of which investors focus on which types of companies and what strategies they pursue to find start-ups that will suit them. It goes without saying that the study distinguishes between the different types of private investors, covering everything from business angels and venture capitalists to banks and crowd sourcing platforms.

The many different players in the private equity scene also form the basis of the main working hypothesis of this study on the situation in Vienna, supported by the Vienna Chamber of Commerce. Prof. Goldstein explains: "We suspect that players in the investment scene in Vienna are still acting relatively independently of one another – not coordinating with each other very much. Yet this massively increases the risk for each individual investor – whether from the private or the public sector. This added level of risk is there, irrespective of the risk already inherent in any new technology – it's an additional hazard and, as such, it serves to put many an investor off completely." Surveys on why some investors decided against investing in Vienna are also expected to offer insight into the coordination question.

The study is going to result in more than "just" data evidencing the state of the investment situation for Vienna's tech start-ups. It is also going to highlight optimization possibilities for decision makers in the business and political arenas. "How do other dynamic economic regions in Europe and the US maximize the benefit offered by their private and public sector investors? What coordination models are applied there? These are the kinds of questions we are going to find answers to as we conduct this study," says Prof. Goldstein. "But we will not be identifying these alternative models alone – we will also be looking at their strengths and weaknesses and evaluating how suitable they are for use here in Vienna."

As a result, this study will not only be examining the capital that is flowing into innovative start-ups in Vienna, but it will also be highlighting possible ways of improving the state of affairs. A previous study done by the Department of Public Governance and Sustainable Development has already demonstrated that there's no lack of good ideas in Vienna – the investments that can turn these ideas into innovations, on the other hand, are still thin on the ground.