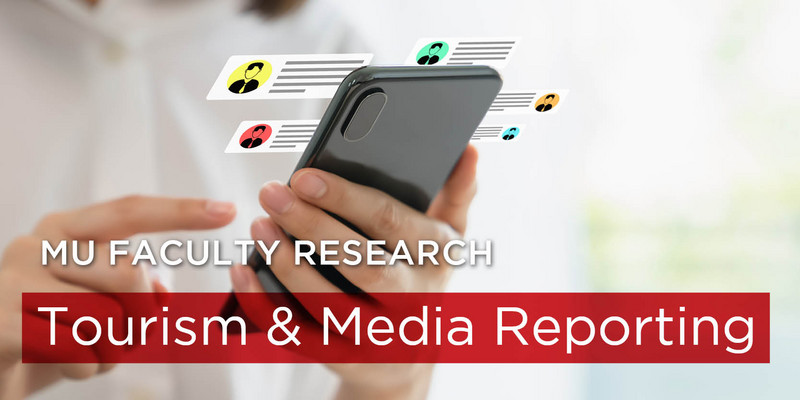 Jason Stienmetz, professor at the MU Tourism and Service Management Department, co-published a paper which was accepted in "Annals of Tourism Research" - a social sciences journal focusing upon the academic perspectives of tourism. While striving for a balance of theory and application, Annals is ultimately dedicated to developing theoretical constructs.

With its impact on local and international economics and affairs tourism is now widely accepted as a field of study.

Being an expert on tourism knowledge and tourism phenomena, Jason Stienmetz introduces the concept of "shadowcasting" and reveals how tourism research is bound up in future-making through media reporting. Regarding to a previous article he finds that issues around sex and terrorism were sensationalised and indicates other tourism research contexts inclined to shadowcasting.

Tourism is central to late-modern life, and tourism research that threatens this centrality is prone to media attention. Framed by sociotechnical transitions theory, Stienmetz and Co. introduce the concept of ‘shadowcasting’ to show how tourism knowledge disseminated through the media, combined with public comments on its reporting, cast shadows that co-constitute imagined futures. Stienmetz and Co. illustrate shadowcasting through a mixed method approach that demonstrates how media reporting and public comments on a recent paper on autonomous vehicles in tourism emerged and diverged from the original paper. Their findings reveal that issues around sex and terrorism were sensationalised, generating diverse public discourses that challenge linear visions of future transport efficiency. The concluding discussion of the article indicates other tourism research contexts that are most inclined to shadowcasting.

Read the full article about the new expression "shadowcasting" here.

Jason Stienmetz teaches at MU and is covering this topic in his course "Tourism Information Technology".

If you are interested in tourism as a study field or need academic input on a similar topics have a look at our Bachelor Program and Master Program and contact astrid.dickinger@modul.ac.at.